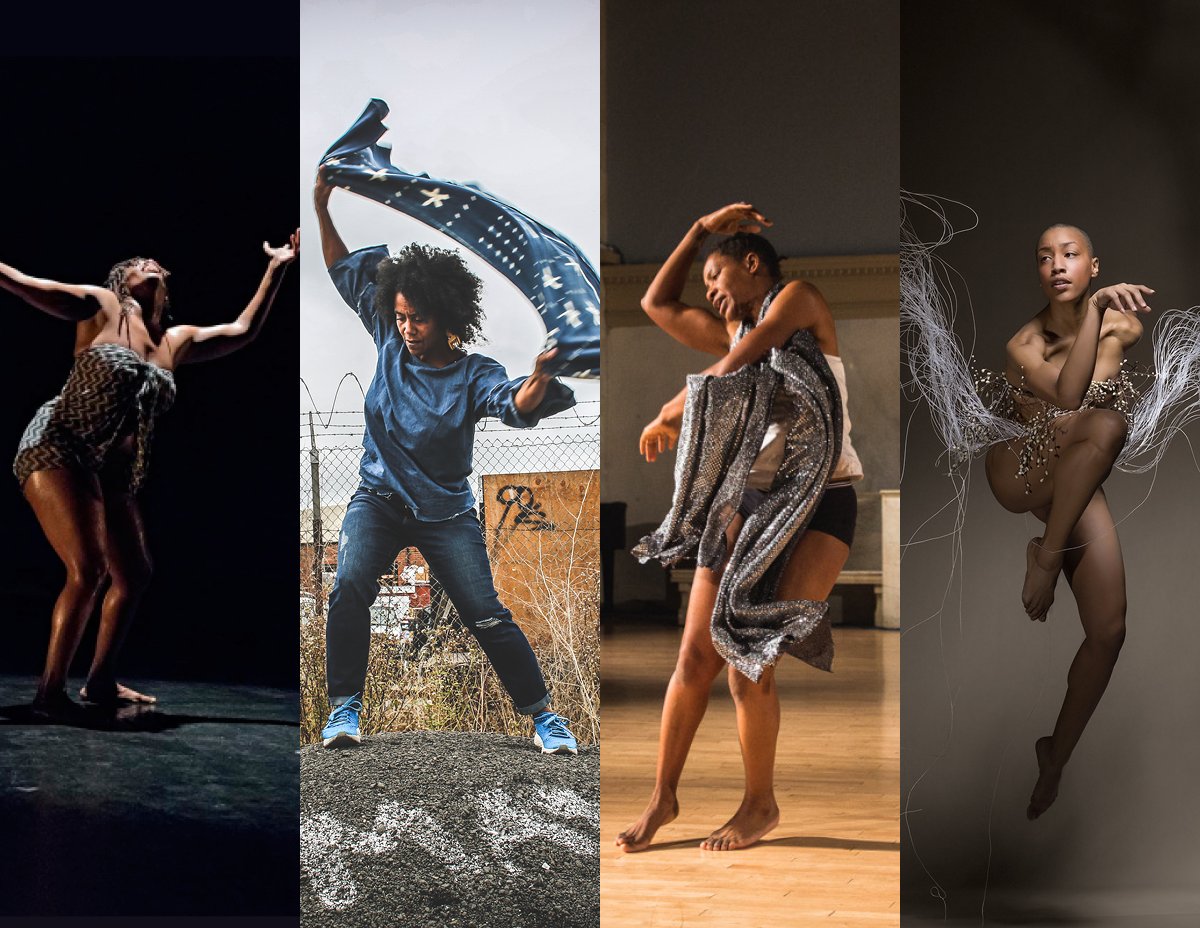 Leslie Parker is a daughter, sister, dance artist, performer, improviser, choreographer/maker and educator holding an embodied archive of memories, dreams, study, and research that include sacred and contemporary practices of the African Diaspora. Parker initiated Leslie Parker Dance Project as a catalyst and a foundation to explore, make/create, and perform original works that draw upon a multidisciplinary approach that cultivates ancestral memories, collaboration and individual ingenuity. Parker makes dances that are storied to examine social justice, spirituality and identity. She has performed works by Reggie Wilson, Ron K. Brown, Professor Nii Yaarty, Chuck Davis, Dr. Kariamu Welsh, Nia Love and Rosy Simas to name a few. She has collaborated, performed with and was mentored by Mama Laurie Carlos, Patricia Brown and Morris Johnson. Parker is a Jerome Hill Foundation Fellow 2019-2020, a Bessie award winner and received her MFA from Hollins University. Parker is Lecturer in dance at University of Minnesota Theatre Arts & Dance program.

Vie Boheme is a Motown native, blossomed in Pittsburgh and refined in Minneapolis. She is a multimodal artist; a singer, dancer, actress, poet and choreographer. She design theatrical performance experiences that weave all of these mediums. Vie brings athletic agility to vocal performance by singing and dancing in unison, eliminating the boundary between the visual and audio experience. She also weaves sentiment and storytelling through poetry and monologues. Each performance piece is designed to give a glimpse into the sometimes dark and complex emotional spaces people experience that seem elusive and ever present. Her sound is a fusion of Soul, Funk, Jazz, R&B and Pop. Her lyrics mix vulnerability with authenticity that beautifully snaps the listener back to reality.

She is a former vocal artist, choreographer and co-creative director for Stokley Williams, front man of Mint Condition gone solo. She is also a former dance artist with Camille A. Brown & Dancers, TU Dance and a founding member of The August Wilson Center Dance Ensemble (Top 25 to Watch, Dance Magazine, 2012). She has choreographed and performed with the St. Paul Chamber Orchestra, The Guthrie Theater with The Moving Company and she has also choreographed for The Children’s Theater in Minneapolis, MN. While with The August Wilson Center Dance Ensemble she traveled with The US Embassy to teach and perform in Suriname in South America. Vie was trained at Point Park University’s Conservatory of Performing Arts and The Ailey School. Over the course of her career she performed the works of Kyle Abraham, Gregory Dolbashian, Dwight Rhoden, Uri Sands, Darrell Grand Moultrie and Sidra Bell. She is also a soul, funk, jazz vocalist and has opened for international acts Little Dragon, Bilal and J*Davey.

Vie is also a recent speaker for TedxMinneapolis an extension of the Ted, a global initiative about ideas worth spreading. Her talk is titled ‘Being Fierce and Fabulous with Nothing to Show For it’.

She is also a Vinyasa yoga instructor with her own philosophy that has nurtured her versatility and prepares her body for her rigorous solo work.

mayfield brooks improvises while black, and is currently based in brooklyn, new york working as a movement-based performance artist, vocalist, urban farmer, writer, and wanderer. they studied contemporary dance at the school for new dance (sndo) in amsterdam, moving on center in oakland, ca, and holds a mfa in interdisciplinary performance from uc davis and a masters in performance studies from northwestern university. mayfield was a 2017 artist in residence at movement research new york, a 2019 dance and process (dap) artist at the kitchen nyc, and is currently an artist in residence at the center for performance research (cpr) in brooklyn, ny. mayfield teaches urban farming courses for farm school new york (fsny), and teaches & performs dance and vocal improvisation nationally and internationally.